Hello everyone, Today I am back with another post in my five on Friday series If you don’t already know five on Friday is where I write a five-piece countdown on a specific theme. In today’s post, I am going to be sharing with you five of my favourite music based content creators. These are all people whose content I really enjoy, whether they are Instagrammers, Bloggers or youtubers. This list is not in order as it would genuinely be too hard to put them all into an order as they all offer something so different.

Vinyl eyezz is a youtube channel that covers all aspects of collecting vinyl in a really simple way. I came across this channel shortly before I started to collect records as I found that most vinyl related content was made by older men that don’t like the idea of teens taking up their hobby, therefore, making their articles and videos really unnecessarily complex to try and confuse people. However, I then stumbled across Vinyl eyezz and I really liked the way that he explained things in such an easy to follow and helpful way. I genuinely believe he has taught me everything I know about vinyl and he also introduced me to the album ‘Sunset Mission’ by ‘Bohren & der Club of Gore’ which is now an album that I’m literally in love with. If you are just getting into vinyl or purely want to know a bit more then I highly suggest his channel because there is everything on there you need to know about ranging from turntable/setup recommendations to how to take care of your records.

ARTV and beyond ARTV are both run by a man named Jon and between them have a massive 147 thousand subscribers. I found the channel ARTV about 2 years ago now when looking for a review of The Weeknd’s ‘Beauty behind the madness’ and since then I don’t think a day has passed where I haven’t watched an ARTV video. The main channel is where you will catch album reviews of all genres, end of year countdowns and Q&A’s. Beyond ARTV is the spin-off channel where you will find topical videos, reactions, vinyl collection updates, rants and most importantly the series ‘Seven on Sunday’ which actually inspired my ‘Five on Friday’ series. I really like watching people who are passionate about what they do and you can just see that Jon really does have a passion for music. He’s an extremely talented critic that isn’t afraid to speak his mind which in turn makes for honest quality content.  I also have to say a huge thank you to Jon as earlier this year he tweeted a link to my post Why I didn’t listen to radio for over a year. which brought a lot of people to the blog who have stayed around and continued to read my posts. Both these channels are great if like myself you love to hear another person’s perspective.

@VinylWoman is an Instagram account run by a lady called Uliana Musikhina she is a graphic designer/art director however in her free time runs the Instagram account @Vinylwoman where she shares absolutely stunning photographs of her record collection. I’m utterly in love with the images tthey are so easy on the eyes and I often find myself looking back through her account just to appreciate them. The captions are also really great and informative as she doesn’t only write her opinion on the album but a short snippet of the background information behind it which Is something I really enjoy and makes me feel like I am actually learning something. It’s an absolutely fantastic account and I 100% recommend giving it a follow.

Infinity on Hannah is a youtuber that makes really enjoyable content, with videos ranging from vinyl collection updates, and gig experiences to the occasional album review.I love to watch her videos when just sitting around the house or trying to relax and unwind because they are just so lighthearted and makes for such easy watching. There was one video recently that Hannah put out titled ‘Why I hate Fall out boy’ that I especially enjoyed as I could relate so heavily. No, the video isn’t actually about hating Fall out boy, it’s more a reaction and response to tweets and comments Hannah received after saying she wasn’t a fan of the new Fall out boy music. In the video, she basically spoke about how you can be a fan of a band or artist but not have to love everything they put out and that so-called ‘Fandoms’ need to chill when it comes to hating on people for having an opinion. Which is something that really resonates with me as over time I have had a lot of arguments with people in fandoms that were equivalent to arguing with a brick wall as they are just so obsessed with the band/artist that they could do no wrong in their eyes. I was actually so happy that Hannah made a video about it as It’s something I could never put into words to be able to put out there so I just thought that was a video in particular that I really loved.

Music with Chloë is a blog run by my good friend Chloë and although she has only published two posts I could not exclude her from this list as they two posts she has put out have both been so well written and put together. She has such a wide taste in music and I’m so excited to read future posts and see what she has in store.

So there they are, my five favourite music-based content creators. Do you agree with me or are their people I missed? Let me know either in the comments below or on the socials. I hope you enjoyed this and I will see you in my next post.. bye for now!!! 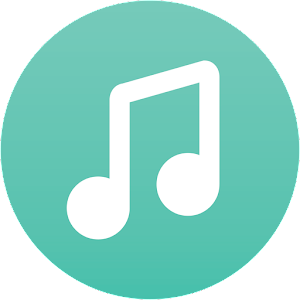