Today I am back to share with you my January indie playlist, here are all the songs I have been loving over the last month, all these songs were submitted to me either via my email: lucymccourt@ymail.com or my submit hub: lucymccourt/submithub

I have made a Spotify playlist at the bottom of the post with all these songs and a few more!

Standalone syndrome is the latest single from Donetsk formed Psych rock band SINOPTIK. They describe their sound as ‘three generations of rock-n-roll in one
shot’ and I couldn’t think of a better way to sum it up, their tracks are packed full of striking bursts of energy and fantastically crafted lyrics that will have you hooked.

For fans of Muse and Led Zeppelin 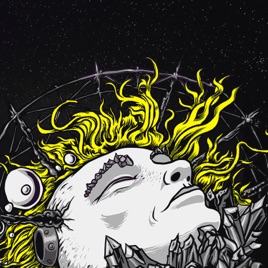 Ovtlier are a five-piece from Rochester, NY who’s goal it is to ‘deliver their most personal and intense workyet’ and I feel they are succeeding. This track ‘Break’ drew me in instantly with the impactful lyrics from charismatic frontman/founding member Joey Arena the line ‘I wanna break every rule you make’ just hits you the second the track opens, and I absolutely loved that power. The track then continued to impress me upon first listen with its rough riffs and intoxicating drum rhythm.

For Fans of 30 Seconds To Mars and Korn

It’s not often nowadays that I will post acoustic tracks as I feel that the genre can get a bit stale however when I heard this track I instantly fell in love. Jon Middleton is a Canadian musician who has just released his third album. ‘Hey now’ is an enchanting track that just leaves you feeling warm. Jons vocals are so soothing and the incorporation of the soft backing vocals and harmonica just really caught my attention. I highly recommend this if you want an acoustic track that isn’t like all the rest.

For fans of Hozier and Ed Sheeran

Next up is a track from Nashville based artist Brasko, he moved away from home at the young age of 19 to pursue his career and six years on he is putting out amazing funk-inspired tracks.’Static’ is lead by feel-good synths while also incorporating groovy guitars at points. Brasko is said to enjoy taking inspiration from quirky influences such as like cabaret and Burt Bacharach and then using it in modern tunes.

For fans of Prince and LANY

The Hollywood kills is a name that I have heard thrown about a lot over the last couple of years however for some reason I have only just got round to checking out and I’m so gutted I didn’t do it sooner as they already have four fantastic EP’s under their belt. ‘Rose’ is the Nashville-based groups’ latest track and fuses Motown rhythm and blues with heavy riffs and character fueled vocals that really give the band their own distinctive personality. The chorus of the track just makes you want to get up and dance, it’s just dripping with energy and honestly what can be better than a trumpet in a rock track?

Typhoon are a Portland formed 11-piece, yes 11, who have just released their latest single ‘Darker’, it takes you on a true journey with its gently flowing instrumentals and blissful vocals. This track gives an exciting insight to their album OFFERINGS that is dropping on the 12th of this month. The album itself comes with a fantastic 4 part concept, centering on a fictional man who is slowly losing his memory, now that is going to be an album you will not want to miss!

For fans of Decemberists and Portugal the Man

‘So broke’ is a track that comes from Party nails the alter ego of LA singer-songwriter and producer Elana Belle Carroll.It’s an old-school dance jam that is just bursting with energy, I love the delicate layering of the track and the bad ass Madonna style vocals glide perfectly over the funky instrumentals. Talking about the track Party nail said. ‘I’m really happy with the record. I love working with my babes Battle Tapes’.

For fans of Madonna and Charli XCX

flight brigade- our friends are enemies

‘Our friends are enemies’ is the title track from British band Flight Brigades debut album that was released last year. It’s a very slow burner with dramatic builds that are almost theatrical. The lyrics tell the true story of how a group of Czech factory workers who were responsible for building bombs for the Nazis, tried to subvert the evil regime by making faulty bombs which wouldn’t explode and instead contained messages of peace. I like a song that tells a story well and this one does it perfectly. I definitely recommend this track for late night listening.

For fans of Messhugah and James Taylo

This slightly rough around the edges track totally captivated me within the first 10 seconds, ‘Little sister’ is the latest single from New York Garage punk band Ugly sun.The track is rich in chant-worthy lyrics and driven by the heavy throbbing drums. These guys have got such a bright future ahead of them and I’m sure this won’t be the first time you will see them here because like I say I am totally fascinated by them.The video is also pretty interesting to showing a disgruntled fry cook having a bad acid trip (not something you see every day)

For fans of wavves and Thin lizzy

Despite only forming in early 2016 Californian heavy rock band Crow Eats Man have already crafted their own unique sound. ‘Jaded’ is the lead single from their debut six-track self-titled EP. It’s heavy riff and dramatic builds makes for such a headbang-worthy track.The band describe it as bringing the’ Excitement and energy from their live performances to CD and popular online music services’. All I can say is that I want to see them live now.

For fans of Alice in Chains, Rage Against The Machine

Find another girl is the sixth single from US band Madus. I’d personally describe this track as ‘A pop song with edge’. The smooth vocals from frontman Dugan Cruz settle really well bringing an essence of calmness and tranquility while the guitar lead instrumentals scream fun. I am obsessed with this track at the moment and I am so excited to see where they go in the future!

For fans of The Strokes and Arctic Monkeys

“This song is about feeling that your life is going through the motions, and the realisation that you need to take control of it or to just continue being a ‘passenger’ and watch life pass you by.” This is how frontman Jonathan from London formed alternative quintet Hey Gigantic describes their latest single ‘Passenger’. It’s energetic rhythm and personality-filled vocals just make the track you could replay for hours and not get sick of.

For fans of Deaf Havana and The Dangerous Summer

Weesp are a five-piece from Belarus This is the bands first release since 2015 and has well and truly set the bar high for the release of the album that is due for release early 2018. ‘Illumination’ is a cleverly crafted track that features heavy vocals and thunderous instrumentals.Talking about both the single and album they said: “We start our journey under the black sails with ‘Illumination’ single as it perfectly represents the sound and general feeling of the entire album, as well as getting well with whole ‘Black Sails’ philosophy”.

For fans of Black Sabbath.

Against himself- Heal me

Against Himself are a Denver formed band who fuse elements of rock and metal to create their own distinctive sound. Heal Me is a slow burning track that is carried by its strong pounding rhythm along with the refreshingly raw vocals.This track is from their debut studio album ‘The Awakening’, I really recommend checking that out if you like this, my personal favorite has to be ‘Wake of our design’.

For fans of Kiss and Led Zeppelin 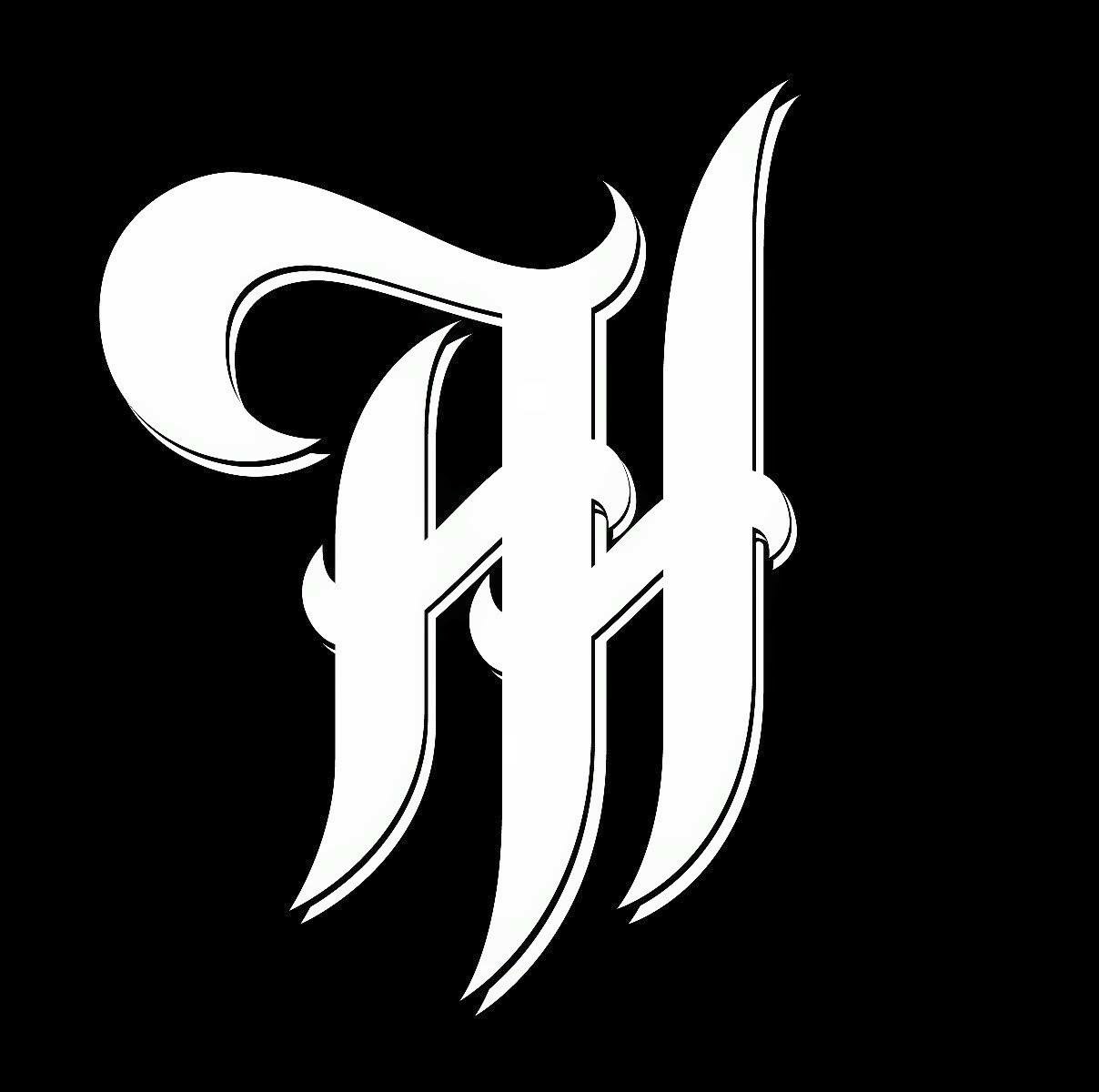