Today I am back to share with you my August indie playlist, here are all the songs I have been loving over the last month, most of these songs were submitted to me either via my email: lucymccourt@ymail.com or my submit hub: lucymccourt/submithub

Acting as the explosive closing track on the New York rockers EP ‘Making it up’ ‘Passive Aggression’ opening with light teetering cymbal twinkles that let you know you’re in for a rid. Sharp guitar strikes make room for lead vocalist Toms quirk fueled vocals delivering the ever so passive aggressive scream along worthy line “Why don’t you just come out and say it?!  You’re holding it in too long, why don’t you reach down between your legs and find yourself a set of balls!”. The only way I can sum up this track is just cool, it’s pushing a really playful vibe back into rock, something I’m very welcoming of. The EP is one you do not want to sleep on the track ‘Miss California’ features as the midway point and is one that stands out for its laidback vibe before hitting you with some cheeky distortion towards the end, very exciting listen.

Jen Simmonds- In a million

Straying away from the rock for a moment with this dreamy pop debut from British singer-songwriter Jen Simmonds. This track seeps pure warmth with it’s soothing yet weighty new wave textures pathing the way for Simmonds emotive vocal performance. The last minute of this is where you can fully appreciate the heart this track, the texture and layering is flawless, well and truly establishing this young artist as one to watch.

If you weren’t fired up before listening to this track, trust me you will be after! Firm favourite of mine Brighton female-fronted outfit YONAKA are back with another banger ahead of their debut EP  ‘TEACH ME TO FIGHT’ set for release on the 17th of August. Unapologetic passion fueled anthem is the best way to describe this, with frontwoman Theresa’s distinctive charismatic delivery leading the way over a heavy soundscape of gritty guitar licks and snappy drum arrangements. The EP is not one to be missed, these guys are gearing up to dominate so be ready. 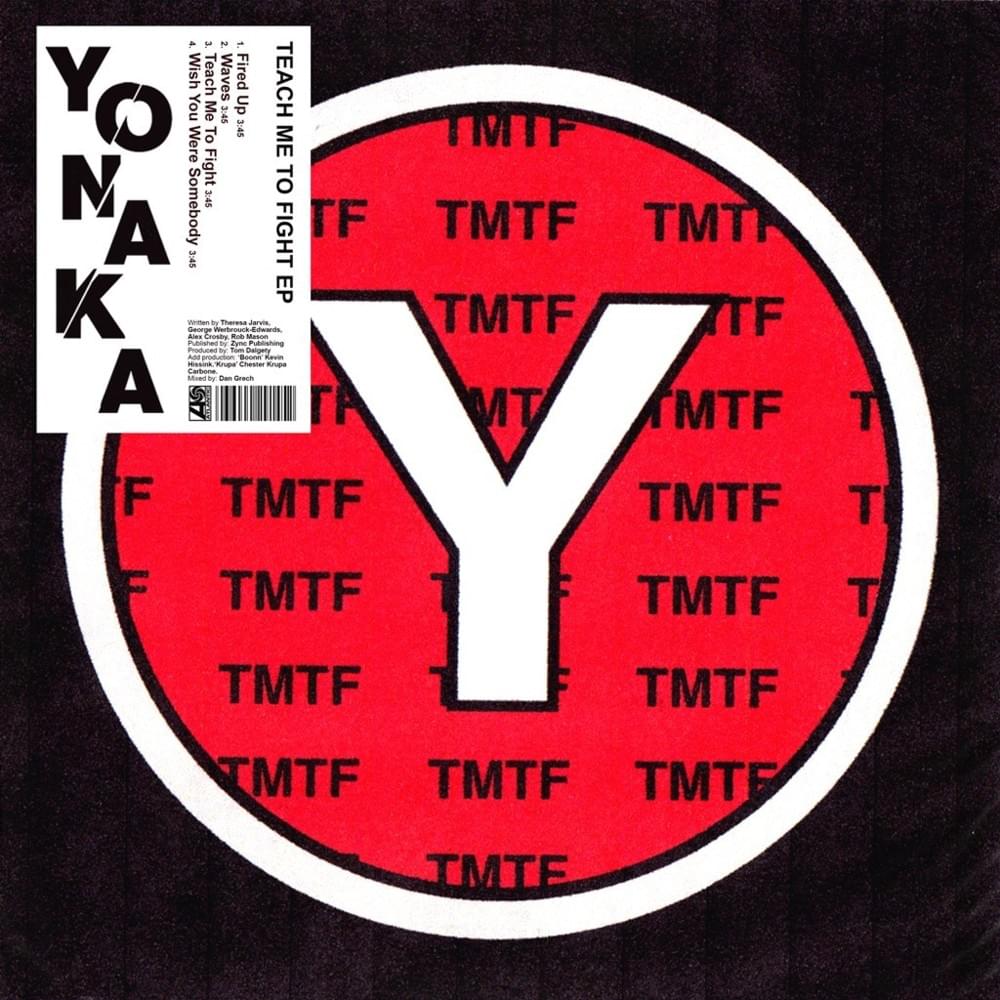 The Crooked Kings- Mind The Gap

‘This is rock and roll for rock and roll’s sake!!!’ says the band themselves and a firm statement that I’m fully behind. With a strong 8 track discography in their back pocket, these guys have formed their own sound and it’s pretty damn catchy. ‘Mind The Gap’ is their latest number and one that shines, with a sparkling groove and chirpy pace. A really sharp piece and one you should be adding to your playlist right now.

Cardiff rockers Estrons are one of my favourite bands on the scene at the moment and their latest single ‘Cameras’ is one I fell head over heels in love with from first listen. Less in your face than previous release ‘Lilac’, ‘Cameras’ has a very authentic sound to it, the slightly nasally twinge in Frontwoman Tali’s delivery furthers that, along with the lyrical inspiration described by Tali herself as “that one love that can’t be broken, no matter how many times people try to break it down.”. It wouldn’t be an Estrons track without their signature guitar riffs and while they are less explosive than usual for the majority of the track to let the vocals lead, they are still there and come to the surface towards the tail end of the track. It’s sweet, honest and I feel it shows the band, particularly Tali in a more vulnerable light. A really strong track and to make the release of this single even better it came with the announcement of their debut album ‘You Say I’m Too Much, I Say You’re Not Enough’ Set for release on the 5th of October you can pre-order that here: https://shop.estrons.com/  (Ps if anyone from Estrons team wants to send me out a copy of the orange vinyl pressing ahead of release that’d be much appreciated)

If you are looking for some good ol’ gritty air guitar worthy rock and roll then LA-based trio Animal Waves have got you covered. ‘WTF’ is the bands sophomore single and one that just dominates and imprints with its blistering guitar riffs and storming drum beat. It’s just got that I don’t give a fuck attitude to it that makes for such an empowering listen, I bet any money that you can’t resist headbanging along to this one, it’s massive. Their debut ‘love is gold’ is also one not to be missed and with new music on the way in the form of their debut EP set for release on the 28th of September.

Nina Nessbit- Loyal to me

Fresh off of touring with Jake Bugg, 23-year-old Scottish Superstar Nina Nessbit is back to smash your playlists with her smooth melt in the mouth blend of pop and R&B on new track ‘Loyal to me’. Speaking of the track Nessbit spilt ‘Loyal To Me is influenced by the independent-women spirit of the 90s and is a self-help guide to dating It’s a list of symptoms you need to look out for when you fear you may be dating someone who doesn’t have the best intentions”. Very similar to Dua Lipa’s ‘New Rules’ in many respects. The production on this is next level and Nina’s vocals cut like butter, to just make for the sleekest and silkiest sound. 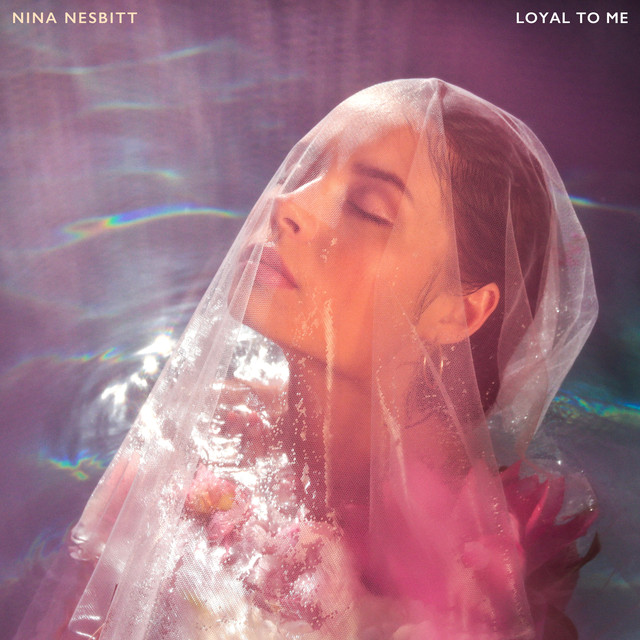 Introducing to you Leicester-based singer-songwriter & producer ‘SOACH’ and his sophomore release ‘Line Of Fire’. A track that truly captivated me with it’s moody, dark electronic tinges and general experimental sound that encompasses elements from Alt-pop to R&B. The mysteriously sombre dreamlike nature is what really drew me to this track, the artistic style that is demonstrated on here is strikingly distinctive and something that just sticks even after one listen.

Northamptonshire quartet Luna Rosa are back with their latest single and it’s all for a good cause! All money generated from the single as well as merchandise sales will be going to the victims of the Grenfell Tower disaster., speaking of their decision the band said’ We are under no illusion that we can give these people what they need or deserve, but we feel the need to make the gesture and let them know that we stand with them’. Onto the track itself ‘Fear, filth, dirt & Death is a refreshingly chaotic heavy rock track with strikingly fierce vocals and thunderous instrumentals. A great track for a great cause, get at it.

Formed from musicians of different bands who wanted to rediscover themselves Colliding Giants pulls together experience and expertise to breathe a breath of fresh air back into the rock scene with their mature sound and atmospheric melodies. ‘When Hope Dies First’ offers a gentle build before escalating and incorporating some manic moments to spice it up. Another of my favourite from them is ‘Decide to collide’, it’s a banger.

South east based Indie- rock 4-piece are here with their cover of ‘My Backwards walk’ originally released by Scottish band Frightened rabbit.I’m sure you’re probably aware by now but Frightened rabbits frontman Scott Hutchison sadly took his own life earlier this year, he was very open about his struggle with mental illness in his music and ‘My Backwards walk’ is one of those tracks that stands out for that with lyrics such as ‘I’m working on drawing a straight line And I’ll draw until I get one right’. Brutalligatos cover this with an immense level of class and respect and as result have made a really tasteful tribute. All proceeds from this track will be donated to the Scottish Association of Mental Health so if you could do that you’d really be helping to fuel a change.

One thought on “August indie Playlist”