Strap yourself in, Pale Waves debut album is finally here and it’s a rollercoaster of emotions.

I have been a genuine fan of these guys for about a year now, I saw them play in Brighton last October as well as at the Forum back in March, so I’m from the SoundCloud demo era. We got the EP  All The Things I Never Said back in March but ultimately the album is what we’ve all been waiting for.

Opening with a cinematic kick courtesy of previously released track ‘Eighteen’ a bubbly sweet track about Heather’s experience falling in love for the first time at you guessed it, 18. Prior to the album’s release, this track wasn’t one that I found myself coming back to too often but in the set up of an album, it acts as an exciting marker of what’s to come.

I was really glad when I found out that the album was going to feature ‘There’s a honey’ and ‘Television Romance’ they are undoubtedly he tracks that catapulted them onto everyone’s playlists and radios. They’re both very light and catchy, you know you’re gonna have a good time with these two.

Some of the other big hitters on here include ‘Came in close’ a punchy synth-heavy power anthem, think Blossoms meets Paramore and performed by Pale Waves and you’ve got this beauty. ‘Loveless’ girl had a really warm tone to it, it’ like getting a hug from Heather herself, this one was actually produced by Ciara, a really smooth track. ‘Red’, ‘kiss’ and ‘Black’ sit as a little trio on this all jam-packed with sink your teeth in synthyness and ashed tonne of Pale Waves charm.

There are some deeper cuts on this with the likes of ‘Noises’, ‘She’ and ‘Karl’. ‘Noises’ while sounding upbeat is almost juxtaposed by its lyrics, a track that explores Heather’s self-acceptance issues, the line ‘I feel like I’m slowly losing myself I’m afraid that I need help’ is one that really encapsulates the feel of the track. Admittedly when this was released previously I was slightly disappointed thinking that this was possibly the most open Heather was going to get on the record and I was just craving that bit more vulnerability against the very bubbly soundscape. Well, I was very wrong, the tracks ‘She’ and particularly ‘Karl’ get very open and honest. ‘She’ is a very minimalist number where we hear Heather unravel about a relationship where she was cheated on and almost blames herself, this was one that you can tell was written in the moment and one that sits perfectly in the scape of the album. Moving onto the closing track ‘Karl (I wonder what it’s like to die’) this is undoubtedly the rawest and most authentic piece on this, stripping back all the glamour to just Heather and acoustic guitar opening up about her grieving for her Grandad, hearing his favourite song on the radio after a gig, the song she wrote for him but that he never got to hear. The slight echo on the vocals her almost makes you feel like you are in the room with her, on the first listen it literally sent a shiver down my spine, I’m so glad they decided to put this on the album, it really helped to add another dimension to them as a band and particularly Heather as a frontwoman and songwriter.

Overall a really strong debut, I’ve seen a couple of outlets score it low insinuating that all the tracks sound the same and that in places the tracks lack substance but for me personally, If I like how something sounds I am going to listen to it, and I can see myself coming back to this for a long time. It’s fun honest pop that is well and truly bringing the 80’s back to life. 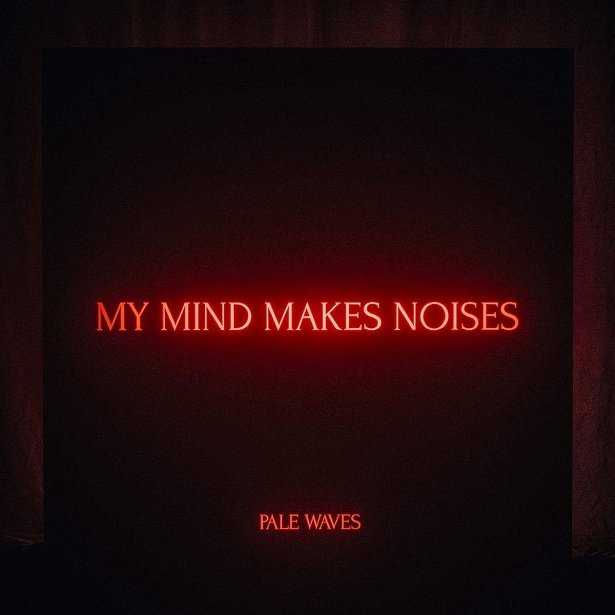 One thought on “Pale Waves- My Mind Makes Noises”